Lord, who createdst man in wealth and store, Though foolishly he lost the same, Decaying more and more, Till he became Most poore: With thee Oh let me rise As larks, harmoniously, And sing this day  thy victories: Then shall the fall further the flight in me. My  tender  age  in  sorrow   did   beginne: And still with sicknesses and shame Thou  didst  so  punish  sinne, That  I  became Most thinne. With  thee Let me combine And feel this day thy victorie: For,  if  I  imp  my  wing  on  thine Affliction shall  advance the  flight in  me.

- But actually, it should look like this on the page:-

North of Nîmes, we were told, is a huge Roman aqueduct: the Pont du Gard.  So we went to see it. 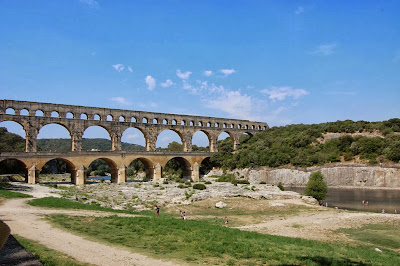 It really is huge.  A massive, impressive piece of engineered stonework - 49 metres high and 275 metres across - spanning the Gardon river near Remoulins. 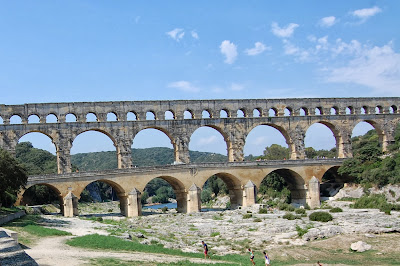 Let us say again, it is shockingly large, and well preserved.

Planned to carry water across the river and its softly shelving banks.   People swam and kayaked underneath. 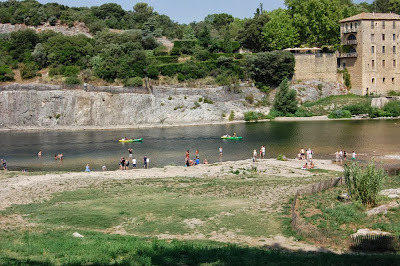 We were very impressed.  It equalled in amazingness the Arena at Nîmes   Another mammoth Roman engineering work.

It was a hot, hot day.  In fact it was very warm the whole time we were in the South of France.  A wall of heat that struck us as we emerged from the TGV and never let up.

So hot that we almost skipped the Visitor Centre a few hundred metres along on the other side of the river, and just headed back to town after our paddle.  But there was a cafe there, so after a brief internal tussle we went on.

And the Visitor Centre was very good, and comprehensive.  With lots about how Roman homes used water, and how the Pont du Gard was built, and -

There is a Bob Shaw short story, called The Giaconda Caper, about the discovery that the Mona Lisa is just one of very many similar paintings by da Vinci, which he painted and placed together in an early-Renaissance zeotrope. to make a What The Butler Saw Machine.  The Mona Lisa is a renowned piece of art, of course, but Shaw's conceit it is just one small part of a much larger piece of original engineering.  Does this diminish the painting in the Louvre or does it make the engineering more marvellous? (Actually, Shaw doesn't really ask that question, instead he mostly plays the idea for laughs).

Anyway, the Pont du Gard is a bit like that.

Because what the Visitor Centre showed was that the Pont du Gard was just one of many bridges - admittedly the largest - that carried the aqueduct 50 km from the spring at  Uzès to Nîmes. There were long tunnels along the route as well.

An aqueduct is a built watercourse, taking water to where it is needed (in this case the castellum divisorium at Nîmes).

For the Pont du Gard to work at all the entry and exit points had to be perfectly adjusted, and the gradient maintained correctly from one end to the other.  But the engineering challenge was much more complex than that:-


The only suitable source that the engineers could find for the water supply of Nîmes was at Uzés, 25 km to the north at 72 m altitude. The problem was that the source was at only 11.8 m above the site of the future castellum divisorium (the water distribution basin) at Nîmes at 60 m altitude. It was therefore necessary to make the aqueduct as short as possible. A direct straight connection was not possible since the high hills of the garrigue de Nîmes, 200 m high, blocked the way. A 10 km long tunnel would have been necessary to overcome these hills. The only workable solution was a trajectory around these hills to the east, lengthening the aqueduct to 50 km. Here, there were two other major difficulties; first of all the Gardon river, which runs in a deep gorge, would have to be bridged. Upstream this could be done with a low bridge, but this would lengthen the trajectory. A choice was therefore made to bridge the gorge along the most direct route, and where the gorge was relatively narrow. As a consequence the bridge, the future Pont du Gard, had to be higher than anything previously built, nearly 50 metres high and 300m long. A siphon, known from other aqueducts, could not be used here since it needs a sizeable difference in altitude between abutments to create sufficient water flow through the pipes, and this was not possible here.

A second problem was a lake on the trajectory which was at 67 metres, 3 metres ABOVE the projected level of the aqueduct. To circumvent this lake, another 20 km had to be added to the trajectory and this was out of the question; this lake therefore had to be emptied and drained before the aqueduct could be built. Finally, to make the trajectory as short as possible, a large number of minor bridges had to be built and several tunnels, up to 400 m long had to be dug. The result is an aqueduct of 50 km long with a mean gradient of 34-25 cm/km (about 0,03%), with a maximum of 45 cm/km near the source and near Nîmes, and only 8 cm/km in the long central section! To build an aqueduct in rough hilly, forested terrain without GPS or modern measuring equipment with such a low gradient is one of the greatest feats of Roman engineering recorded to date. (Roman Aqueducts Web site)

And they made it work. It kept the city in water.  And when it went wrong (and it did), they fixed it, adjusting the engineering and the technology.  They were clearly good at public administration too.

The Pont du Gard is an impressive monument, even now.  A World Heritage Site.  But it was just part of a much larger, elegant, complex and adventurous civil engineering masterpiece.
Posted by Graham at 14:21 No comments:

Well, we enjoyed that.

No, not the Marvel SHIELD spinoff thing, but the final IT Crowd. ...

A post/hyper/ultra modern episode, with the usual scruffy amateur aesthetic. And the Internet turned up again!

The Final One of all (just like Breaking Bad, maybe. Except we at TANH have no interest in BB).

It all ended happily, and with so much love.

But "We are at the cutting edge of language understanding"?

We wouldn't have phrased it quite like that...
Posted by Graham at 07:43 No comments:

Have to mention this.  I've just stumbled across it and it is wonderful...
Posted by Graham at 09:45 No comments:

The centre of Nimes is mostly pedestrianised; a network of squares containing restaurants, cafes, interesting shops, and so forth. 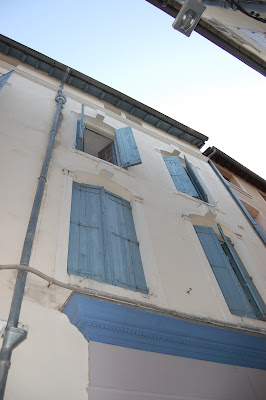 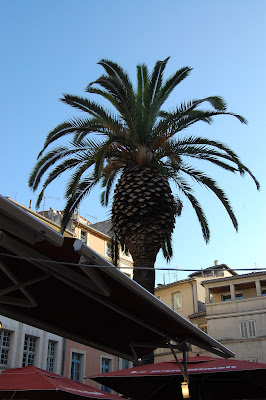 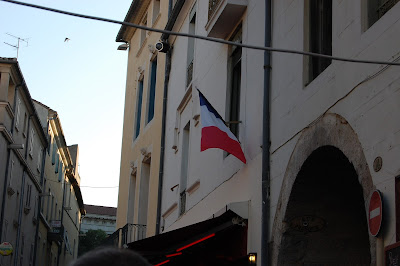 In the evenings small groups of musicians would appear. 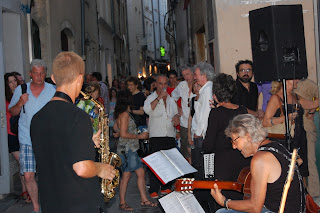 One of the aspects of Nimes which may have been apparent from our earlier mention of bullfighting is its Spanish influences.
And that isn't the only one. This may be called the Cafe Latin (it is outside the Maison Carre after all)... 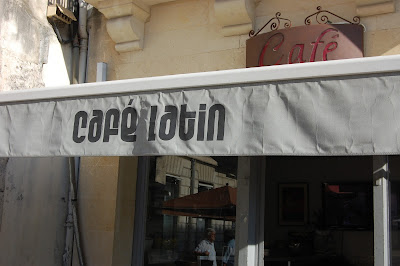 ...but le patron spent a goodly long time (and no little street theatre) preparing a huge dish of paella. 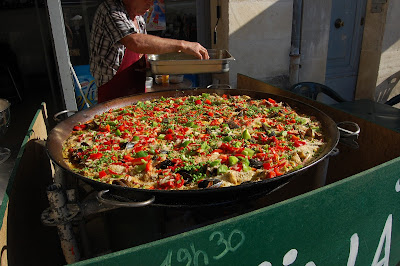 As you can see, he advertised the time it would be ready for eating, and just let the tension build.

We had our own paella later that same day... 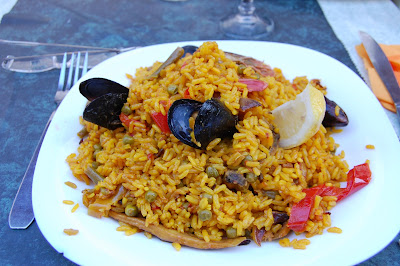 After Seamus Heaney and David Frost, we lose David Jacobs and Frederick Pohl.
Oh my.
Posted by Graham at 20:49 No comments:

I still (just) remember TW3 on the family's old black and white TV.  And the Frost Report was in hindsight a brilliant incubator (and gave us the 'I look down on him...' British class sketch).

Lots in the press of course about Frost as a TV man, presenter, producer, entrepreneur, etc, who lead the way in terms of how the business of telly is done.  'Own the format'.  And the Nixon interviews.